Setting up a retro PC for a MIDI card 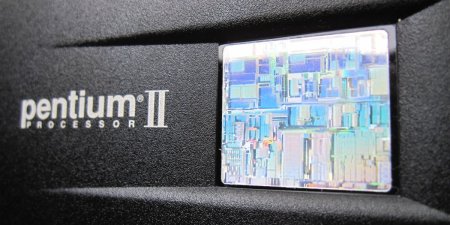 My retro enthusiasm is not limited to C64, or Commodore alone – not at all.

Recently I put together an old PC. In fact, everything started when I grew interested in MIDI music. Or to be more precise, how different consumer sound cards render the music. I found it fascinating how MIDI compositions can sound very different using different sound cards and sound patches. Especially when it comes to previously familiar game musics. Many have felt the same, and there are various sites on the net where you can listen and compare game musics recorded from different sound cards.

Inspirited from all that I bought myself a NEC XR385 from eBay. Basically it’s an OEM Yamaha DB60XG MIDI daughter card. These seemed to be regularly available from a Chinese seller, and didn’t cost that much. Bought mine in early spring, but it ended up taking almost four months until I actually got my card, but that’s another story. By now the supply from the Chinese seller seems to have been depleted, sadly.

When I finally got the card, I had to put together a setup around it. The card cannot be used alone as such, as it is designed to be plugged into a special wavetable a.k.a. Wave Blaster interface found in many 90s and later sound cards. Another option to use the card would be to convert it to an external MIDI sound module.

Pondering between these two options I went for building a PC around the card. I’ve been a laptop user for a long time and haven’t had a desktop PC since 2007. That’s when a fierce thunder storm fried my old workhorse PC. Not being able to access the Internet from home was a bit of a shock for me as well. Luckily a study mate of mine dealt me an old workstation removed from operation from his workplace. That late 90s PC was my gateway to the Internet until I bought myself a new laptop.

For some reason I had kept this PC. And now it got its second, or third, life as a platform for my Chinese sound module. Maybe it really paid off to keep it hidden in a closet and carry it around through two moves.

Anyhow, the PC was in working condition as such after replacing the motherboard battery cell. The only thing I needed was an additional sound card with the required Wave Blaster header. Found a random one from a Finnish online auction that was quickly available for few euros, listed simply as Turtle Beach PCI card. I was able to see from the photo that the required header was present.

Setting up the audio hardware

The card I bought from auction turned out to be a Turtle Beach Montego A3DXStream, an Aureal Vortex based PCI sound card. The old PC had a Windows 2000 running on it, and Windows detected the card automatically. Easy as pie. Then it was an easy job to take the Turtle Beach card back out from the PC, install the MIDI daughter card on it, and plug the sandwich back in. And that’s it.

Turtle Beach Montego and the NEC XR385. The wavetable header can be seen above the PCI edge connector.

The sound card and MIDI daughter card attached together.

The MIDI daughter card is not seen as a device by the system. Instead, it is accessed via MPU interface included in the parent sound card. In this regard these MIDI daughter cards are quite flexible – you should get any of them working in an even relatively modern PC. As long as you are able to install a sound card with the required Wave Blaster interface and the sound card and its interfaces are supported by the operating system you are using. With Windows OSes, up to XP the MIDI output device can be configured very easily.

Not just for the music

Now I got the sweet MIDI synthesis out loud from the Yamaha daughter card, but I wouldn’t stop there. A midi tower case PC is a rather bulky for being a plain MIDI playback device. Having a retro PC is something that has intrigued me so this PC was going to be one.

The specs of the machine were quite ok to start with

Being an ‘end of 90s’ spec machine, it’s quite suitable for late DOS – early Windows era gaming. This hardware should run just about any later DOS game just fine, and late 90s Windows games should be within its scope. Although being a Direct3D compatible graphics accelerator, the performance of the Matrox G100 will not be suitable for any 3D accelerated games though.

DOS was of course needed for the DOS stuff, some Windows 9x for 90s Windows games, and the Windows 2000 could stay present for interconnectivity. After all, Windows 2000 is relatively modern system and rather closely related to even the contemporary Windows versions. Win2k is easily networked, runs many contemporary utilities and its hardware support is much better than that of previous Windows versions. For example you can plug in an external USB drive with NTFS file system and Win2k reads and writes that disk straight-off. Yet it’s light enough to run on this ancient machine perfectly fine. Put into perspective (date of origin and all that) I think Win2k is among the best Windows OSes to date!

So three systems, and I wanted to have them so that I can select which one to boot on startup. I wasn’t familiar with this topic, so I found this site very informative. The site focuses on Windows Vista, but this page explains the process and principles of multi booting in very understandable way.

It was clear that the systems should be installed on separate partitions and that a non-MS boot manager should control which partition/system is booted. It keeps things more organized and one can e.g. reinstall one of the systems without affecting the others. And besides, the supported partition sizes and file systems vary between the different OSes.

RPM is an old piece of software, but that really does not matter. It sits and operates below any operating system. What matters is that it’s clearly a very efficient tool and works great in its task. One thing about RPM’s age is that the information and documentation of the program and its use is few and scattered on the internet.  The included readme.txt and this page helped me to get through what I wanted:

A simple menu after BIOS sequence from which one of the operating systems can be selected. Without any input, the last chosen OS will start to load up after few seconds. The different OSes have nothing to do with each other.

Right. So far so good. By the way, I did change the hardware setup a bit. First of all I can’t believe how loud the hard drives used to be! That was the biggest reason I didn’t want to use that old 3 GB hard drive – other being its small capacity. I replaced the drive with a 20 GB disk from that old fried PC of mine. It’s also loud, but nothing like that 3 GB disk which was like a grinding machine! 20 GB was also plenty enough space to split into several partitions for the operating systems and shared data partitions.

The SCSI CD burning drive had to go. The SCSI card had a BIOS of its own which added a lot to the booting time. Replaced the drive with an old IDE Creative DVD drive. The floppy drive was apparently faulty, and caused occasional BIOS error messages. Replacing the drive solved this issue.

That’s it for the time being, although further tweaks are going to be needed. My initial goal was to get the MIDI daughter card into a usable setup, and to have DOS, Win9x and Win2k side by side on the same PC. Done.

For retro PC gaming the system is far from optimal. For DOS, neither the integrated nor the PCI sound card are very suitable. For 3D games, the Matrox G100 is not going to do. For early 2000s 3D accelerated games, even the processor is going to be too slow I guess.

So, as far as my motivation and spare time goes, there’ll be a lot to explore on this front as well :)

Finally, few photos for your entertainment 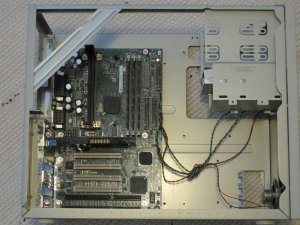 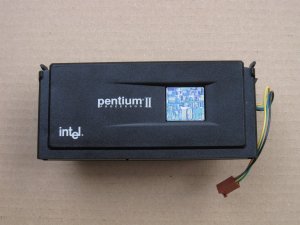 The integrated cooling of the processor module.

This entry was posted on Sunday, September 22nd, 2013 at 19:50 and is filed under Other Retro Hardware, Projects. You can follow any responses to this entry through the RSS 2.0 feed. You can leave a response, or trackback from your own site.