Music podcasts of my choise

Something about music for a change.

Many times I prefer music podcasts over Internet radio. Instead of listening to seemingly random tunes it’s nice to listen music that has been selected around some theme. Or even better – mixed together. One important thing for me is also that it’s not allowed to stress the network with streamed music at my workplace. So music podcasts and arranged sets come handy for me.

These podcasts and other shows have helped me along the day countless hours and I’m glad to promote them a bit.

This has been a very regular scene music podcast by BitFellas. There’s well over hundred podcasts online. All done over a certain theme or topic. Have a look – I’m surprised if there is nothing that catches your interest!

Another scene music podcast. BitJam’s roots comes from Hardread but Hardread is still living on its own. Too bad te activity has been dropping lately.

“No shit talking, just the SID talking!” That’s right – only C64 scene music and nothing else. Recorded from a genuine SID chip. It’s a real pity this show hasn’t seen a new episode since the great X2008 compilation. Even though, every episode is a treat for a SID music fanatic! 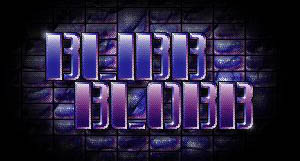 Similar to 8Bit Mayhem, but this podcast features music from various platforms: Commodore 64, Amiga, Atari, ZX Spectrum, AdLib – all recorded from real hardware. Under Blibb Blobb there is also an another podcast: 100% Amiga. Guess what it features?

One Man And His Mic

Now this is a different one. One Man And His Mic is a true podcast show that features music, geekery and intriguing bits of information on the featured musicians, games and whatnot! All presented with a great deal of humor by the author and host Kenz. Highly recommended!

Not a podcast but 80 minute mixed compilations of demoscene music. Quality electronic music as it says on the site. The mixes are provided with CUE files and CD cover overlays even.

And finally Scenesat which is above all a great Internet radio. Additionally they offer every single live show aired for download in the Show archive. The shows vary from live party reports to downtempo chilling sessions. A pick-tip of mine: amigaaaaaahhh! mixtape #1 with 4mat

While putting this list together I took notice that many of these great projects have lost activity around 2008-2009. It’s a pity as these sites and authors have been serving us with free, uncommercial and inspiring music for our pleasure. Anyhow, the shows are there. Don’t let them slip by your ears!

I was particulary happy when Kenz returned with his One Man And His Mic after a break with new series of his excellent shows. I’m hoping for some others to return as well…

This entry was posted on Tuesday, May 31st, 2011 at 22:44 and is filed under Arts & Culture, Chiptunes, Music, SID music. You can follow any responses to this entry through the RSS 2.0 feed. You can leave a response, or trackback from your own site.