I’m back from a refreshing holiday in Croatia! In Zagreb there was a cool, nearly half a kilometer long wall completely covered in street art. Many of the pieces were awesome, but one in particular caught my attention – it featured a C64 and Datassette and the startup screen. 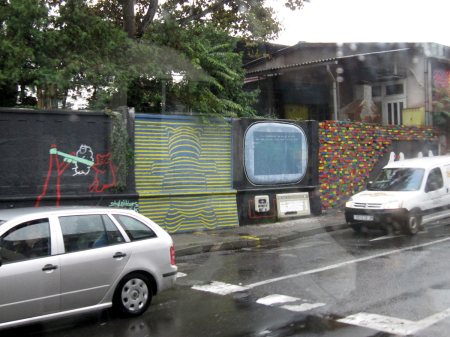 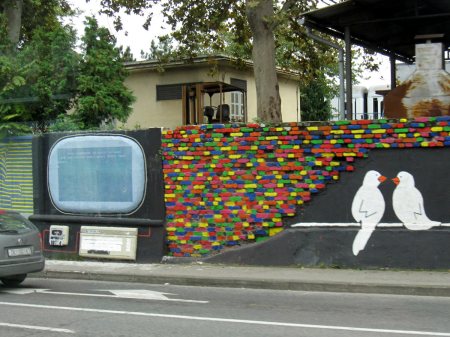 The pictures are crappy, I know, but they were taken from a fast-moving tram. Also the traffic was blocking the works. I think there has been beveled buttons in that painted C64, but they have got stolen or something. Also, I’m not sure if the piece on the left to the C64 one is Spectrum inspired or just a coincidence.

This entry was posted on Sunday, October 3rd, 2010 at 12:15 and is filed under Arts & Culture, Misc.. You can follow any responses to this entry through the RSS 2.0 feed. You can leave a response, or trackback from your own site.

One Response to Zagreb street art